The Interacting with Print Research Group is an inter-institutional, interdisciplinary research group based in Montreal. 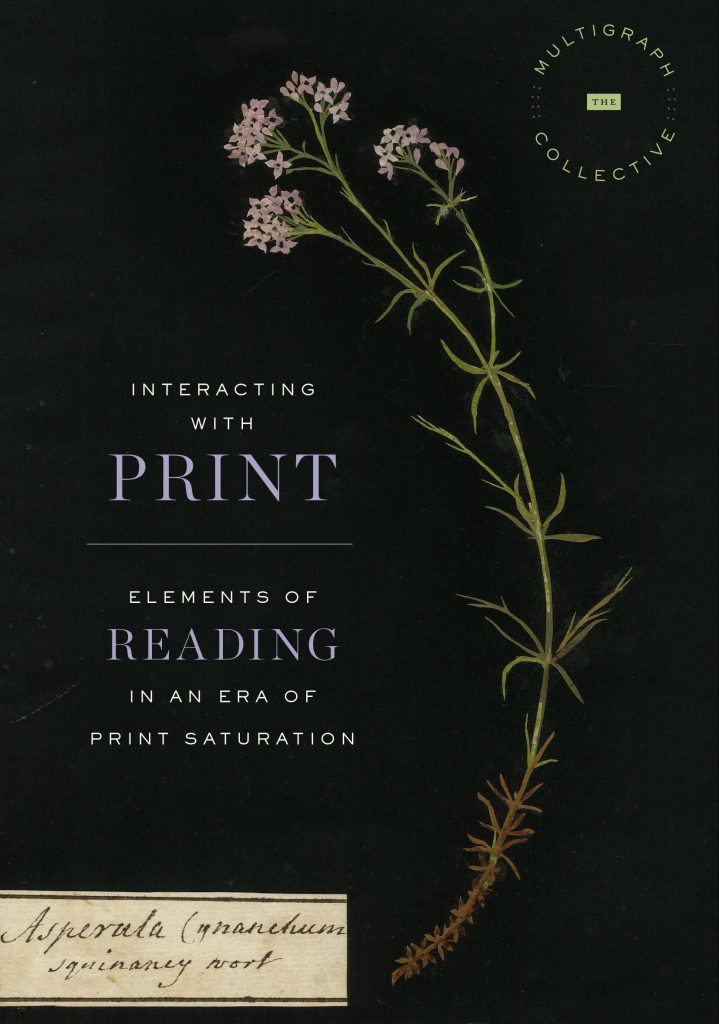 It is dedicated to developing a new account of print culture in the period 1750-1900 based on the concept of interactivity.  I was one of the four founder members in 2006 and I led the group from 2008-2013.  During this period, we hosted three conferences: ‘People in the World of Print’ (2011); ‘Print in the Media Ecology’ (2012); and ‘Interpersonal Print’ (2013).  Through these events, we assembled a group of twenty-two researchers to collaborate on a ‘multigraph’ – a collaborative monograph written in a wiki environment and published by Chicago University Press in 2017.  The central theme is interactivity, in three senses: people interacting with print; print interacting with the non-print media that it has long been thought, erroneously, to have displaced; and people interacting with each other through the medium of print.  The research group has received both federal and provincial funding in Canada, and is now led by Prof Jonathan Sachs.